The desire that underpins the entire project is that of increasing the services provided by the hospitality industry in the eastern area of Rome, an area in which pre-existing hotel structures, owned by the client, were unable to meet demand.

The target of the commission was a high-profile business hotel, modern and provided with all the indispensable comforts a modern traveller requires. The strategic area in which it is located moreover is ideal as it is not far from the historical centre of Rome and particularly close to principle transportation hubs, resulting in simple access to the city. 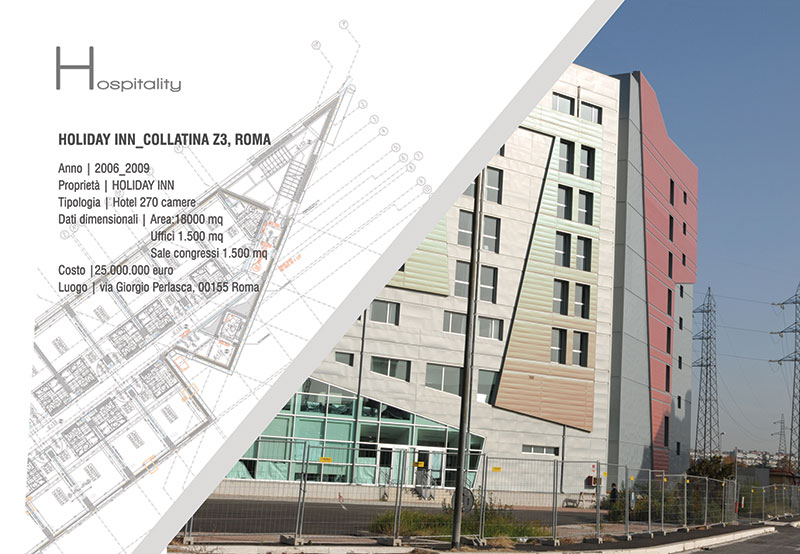 It is often the case where the project is a direct expression of the surrounding urban area, but when, as in this case, where there is an absence of such, a “non-place” caused by numerous factors, the only solution is to leave a strong architectural impression that functions as a landmark.

The structure presents an “L” shaped floor plan, being characterized vertically by robust lines, not dissimilar to sculpturesque forms and styles. In fact, the structure has the peculiar quality of presenting varying volumetric shapes, depending on the observer’s position: from a three dimensional solid to effectively disappearing, an optical perception comparable to the bow of a ship.

The aesthetic impact is further highlighted by the chromatic juxtaposition of the panels in sheet metal which confer quite the visual effect and whose materials cause various lighting effects.

The final product of the project is a building complex that reduces the sense of alienation of the area in which it resides, conferring an architectural element that reflects positively also upon the other businesses in the area, as well as on the surrounding residential landscape.

In perfect equilibrium between urban intervention and architectural act, a structure belonging to the hospitality sector and meeting the requirements of the client was completed, and therefore the customers of the hotel, who find complete satisfaction, great attention to detail and comfort in the internal areas of the building. 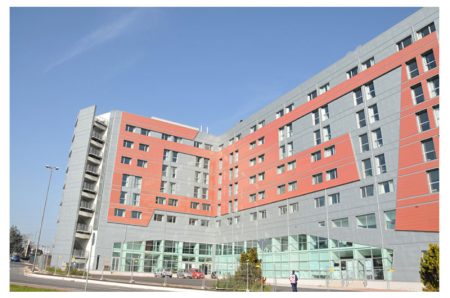 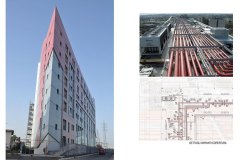 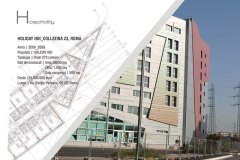 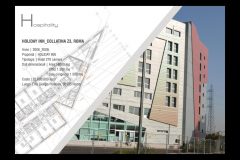 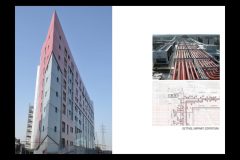 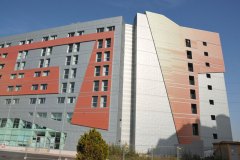 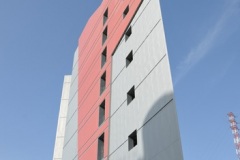 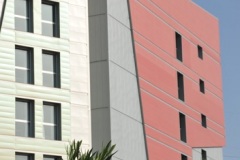 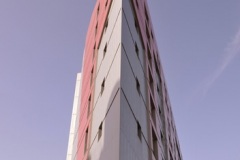 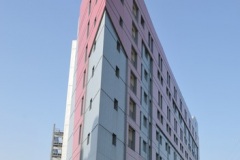 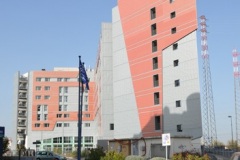 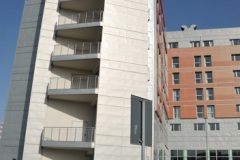 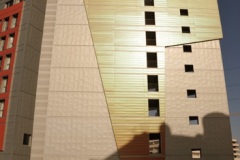